Hubby and I re-watch the movie My Fair Lady with Audrey Hepburn and Rex Harrison every few years. Each time I watch it, I seem to find/realize something new. (Like the fact my favorite Sherlock Holmes actor, Jeremy Brett, played the besotted Freddy! (Benedict Cumberbatch runs a super close second!😋

When I saw it again in 2021, it occurred to me I had never read the play/book the movie was based on: Pygmalion by George Bernard Shaw. So I decided to correct that error. In addition, I thought it would be fun to compare the two and see how Hollywood had reimagined the 1912 script.

The name Pygmalion comes from the Greek myth about a king of Cypris. King Pygmalion was also a sculptor, and he ended up falling in love with an ivory statue he created of the ideal woman. The goddess Venus answered his prayers and turned the sculpture into a living being, and the two were married.

This makes the name amply suitable for the show since Professor Pygmalion Higgins takes Eliza Doolittle and sculpts her rough origins into the perfect aristocratic lady.

A lot of the general details of the play and the movie align perfectly. But there is one major point in which Mr. Shaw, in his work, did not tie back to the myth. In his script, Eliza and Higgins do not get married! No romance develops between the two at all! (Though they remain lifelong friends.)

Yes, you heard right. Eliza does not give into Higgins' demands and goes off to find her place in the world without him. While highly successful, there were those who kept pushing at Shaw to make the play have a "happy ending." In later printings of the show, Mr. Shaw added a section at the end to explain why they would never wind up together.

"Nevertheless, people in all directions have assumed, for no other reason than that she became the heroine of a romance, that she must have married the hero of it. This is unbearable, not only because her little drama, if acted on such a thoughtless assumption, must be spoiled, but because the true sequel is patent to anyone with a sense of human nature in general, and of feminine instinct in particular."1

He goes on to some length to explain why Eliza would never marry Higgins--twenty years her senior, has a forceful personality, worships his mother, is a bachelor set in his way, and more. Eliza, too, has a formidable temperament. One that is proven by the fact that she stayed through the whole experiment and fought to learn what Higgins had to teach her.

So Shaw postulates Eliza would marry Freddy instead. He adores her, is malleable, and not the type of character to boss her around. Sadly, in the play, Freddy has no property or an occupation. (Not noticeable in the film version, Freddy's mother raised him with the remains of the dwindling family means as an aristocrat but did not have enough money to give him a secondary education, a profession, or the cash to live on his own.)

Pygmalion was well received and immensely popular--it ran for 118 performances in London alone after opening there in 1914. Yet the point of contention between the desired 'happy ending' and the reality Shaw wrote about went back and forth for many years, even when Shaw tried to tweak it in a compromise. Eventually, the play morphed to the conclusion most of us are familiar when Pygmalion was redone as a musical and renamed My Fair Lady in 1956.

Gloria's interest in Pygmalion and My Fair Lady must have contributed strongly to the setting for her novella, Charity and Sacrifice. That is, however, where the comparison ends. The mood in this compelling story is entirely different. Soon after Elizabeth loses the child she had hoped would mend the cracks in her marriage, she learns why she miscarried. The knowledge gives rise to a terrible anger, and she vows to have revenge on the person who caused her loss. But where, exactly, does the guilt lie? Elizabeth's discoveries and her reaction to them will intrigue you and keep you turning virtual pages all the way to the last word of Charity and Sacrifice. Find your very own copy at your favorite ebookseller. (ISBN 978-1-60174-220-9, $2.99) 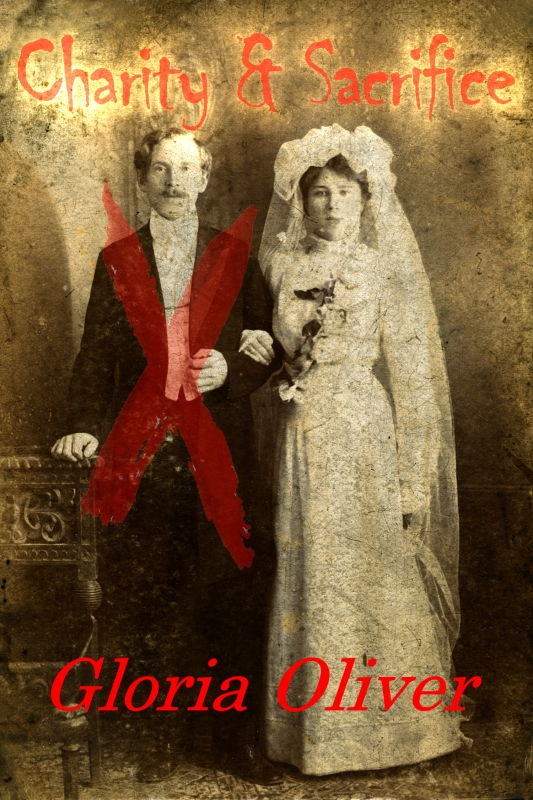 It's almost spring again, here in the northern hemisphere, and there are crocuses flowering in our gardens. Soon the daffodils will bloom, and the forsythia. Those small events give us reasons to smile. And at the end of the workday, when it's time to sit back and relax, we know we can find a happy/scary/exciting/heart-rending retreat to other times, other places, other lives. All waiting in our ebooks...from Uncial Press, of course.

Dance in the rain. Smell a flower. Read a story. Be happy.

Uncial Press: Our books are available wherever fine eBooks are sold.